Geolocation is not supported by this browser.
About Us

21 years of Consulting and System Integrators

Processia was awarded Best Partner Cooperation of 2021 by Dassault Systèmes, in a quest for excellence and continuous talent development.

Our story is rooted in the foresight, boldness and enterprising spirit of our founding partners.

These up-and-comers were sharp enough to recognize a business opportunity. Wise enough to join forces. Bold enough to offer the services of their new startup to global leaders in Formula One Racing and in the aerospace and manufacturing industries.

Processia was founded in 2000 when Vincent Fraser, 2 years after graduating from Ecole Polytechnique ...

Processia was founded in 2000 when Vincent Fraser, 2 years after graduating from Ecole Polytechnique de Montreal, joined Marc Allard to redefine consulting services in the PLM industry. The first office was opened in Quebec, Canada.

Signature of a service level partnership with Dassault Systèmes aimed at the ENOVIA solutions - ...

Signature of a service level partnership with Dassault Systèmes aimed at the ENOVIA solutions - recognizing Processia’s expertise. During the same year Processia delivered the first system integration projects on the European continent.

Being selected by Renault F1 Team, this milestone was the culmination of a series of ...

Being selected by Renault F1 Team, this milestone was the culmination of a series of efforts to enter the world of motorsport. Processia’s approach to quantifying, developing and implementing efficiency gains shorten and enhance the design cycle for new cars and development parts. "Competitiveness in Formula 1 is about the ability to build a quick car, and maintain its development throughout the season. While we work our resources to full capacity, we must also be attentive to the manner in which we do this, and how we make best use of the tools available to us." "Processia will help us eliminate the bottlenecks that can slow the constant quest for performance, contributing to our efficiency and productivity across the board. We are confident that the results for the Renault F1 Team will be extremely positive, and immediate." Renault F1 Team Technical Director - Bob Bell

Processia gets closer to its European customer with the opening of a subsidiary in France ...

Processia gets closer to its European customer with the opening of a subsidiary in France and the acquisition of UK based, IP3.

Building on our strong European growth over the last two years, we opened the Toulouse ...

Building on our strong European growth over the last two years, we opened the Toulouse agency and expanded our operations on the US market. The opening of this US subsidiary and France agency was strengthening our operations and increasing our responsiveness to our existing customers in aerospace, automotive, transportation and the energy industries and increase its presence and responsiveness in this market.

Processia becomes one of the first Consulting and Service Integration partner of Dassault Systèmes.

Processia becomes one of the first Consulting and Service Integration partner of Dassault Systèmes.

Acquisition of Nextis Consulting, extending our business consulting services capabilities and consolidating our leadership in ...

Acquisition of Nextis Consulting, extending our business consulting services capabilities and consolidating our leadership in France and Europe.

2016
First round of investment

Institutional investors joins Processia’s founders to support its growth plan The Fonds de solidarité FTQ invests $4.2 million for a minority interest in Processia to strengthen its position on international markets, notably in the United States, in France and in Great Britain.

With the acquisition of NobleTek PLM, Processia reinforces its presence in Benelux and Sweden and ...

With the acquisition of NobleTek PLM, Processia reinforces its presence in Benelux and Sweden and deepens its expertise with its Indian located facilities.

This year marked the 20 years of doing business with an exceptional growth record and ...

This year marked the 20 years of doing business with an exceptional growth record and return on investment. The employee headcount also crossed 300 with presence across 8 different countries

From June 3rd, 2021, Processia becomes an Atos company, specialized in Product Lifecycle Management for all Dassault Systèmes solutions, expanding beyond our current scope. By joining forces with Atos, Processia will improve its capabilities to serve its customers better, end-to-end, complementing our capabilities with the greatest expertise to address the challenges of your company.

Sharing the same values, they joined a unified team where cultures, talents and ideas come together.

As such, they strive to create an environment where their professionals enjoy working together feeling empowered and engaged to build their companies and careers.

Professional engineer with strong entrepreneurial skills, Vincent Fraser is the co-founder and CEO of Processia, a Laval (Quebec, Canada) company specializing in the integration of PLM (Product Lifecycle Management) business solutions with a suite of services combining consulting, integration and managed services.

Graduated in 1998 from Polytechnique Montréal, Vincent Fraser began his career as a consultant before co-founding Processia in 2000. Initially responsible for business development, he thereafter worked as Vice-president of PLM solutions where, with the help of a dedicated team, accelerated the development of the PLM expertise of Processia with new offers and markets, and eventually became its CEO in 2011. He focuses on strategy, leadership, innovation and has implemented an ambitious growth plan achieving an average annual growth rate of 20% with, among others, the establishment of Processia in the United States, France, and the UK. Today Processia has six offices worldwide, a team of nearly 300 people and helps innovative companies in the automotive, aerospace, energy, consumer packaged goods, and life sciences industries to optimize and transform their business with PLM.

Guillaume Jacquemin is the Managing Director, Benelux & the Nordics region.

As an automotive engineer by training, Guillaume has started his career in 1997 as a PLM consultant at Renault cars in France. In 2003, he joined Renault Formula One in ENSTONE, UK, as PLM Project Manager and became CIO of the F1 team in 2005.

He came back to France after the economic crisis in 2009, working for 18 months at Sogeti High Tech, a Capgemini Business unit, and then was called by Vincent Fraser to lead Processia’s newly created French entity growth.

As an expert, Guillaume has experience in large projects, PLM practices and deep knowledge of the French and British Markets.

Pascal is led by 3 passions : Business, Innovation and People. He graduated as “Mechanical and Manufacturing Processes” Engineer in 1993 and got a Master in “Computer Sciences” the following year.

He spent 25+ years in the software and service sectors, and worked for the main players in the Digital Transformation domains (IBM/Dassault Systèmes; Autodesk; PTC…). He was involved with customers in almost all industries and developed a strong business acumen. He led global teams and delivered global quota reaching up to 3 digits in millions euros annual revenues.

Pascal has both the European and North America culture. He was born in France and he is now based in Montreal (Québec). With a strong engagement on the Industry 4.0, he joined Processia on September 2019, acting as “Vice President Global Sales and Marketing” and is now moving to a new role with a mission to develop new business in North America as Vice President, NAM Operations.

Santosh completed his Bachelors in Mechanical Engineering from University of Pune, India in Year 1996 and thereafter started his career with Automotive giant Tata Motors. Before formally becoming part of Processia’s family, through a strategic acquisition of NobleTek PLM, Santosh helped NobleTek PLM establish its strong foothold in EURASIA. He spent most of his career in International market working with leading automotive companies including Volvo In Sweden. Through his right exposure to Indian and International market, Santosh has gain excellent know-how related to Global Delivery management, right Sourcing and Offshoring. He has working exposure to France, Germany, China , Italy , Sweden , UK and United States and vast working experience in Indian and Nordics market. He focuses on Global Delivery centre in Pune and under his leadership the India team has reached to 125 mark with aggressive target of 250 to be cross by End of Year.

Benjamin Gonzalez began his career 20 years ago at NUVIA (VINCI Group) bringing his expertise on Consulting and Nuclear Engineering. Next he embraced a new challenge, joining Adecco Group as “Director of the Engineering and IT Business Unit”, where he implemented new organic growth strategies leading to the success of a team of more than 60 people.
His success interested Capgemini, which offered him several complex assignments moving from the role of “Business Development Manager Engineering France” to that of “Chief of Staff / in house strategy Consultant for CEO” and finally assuming the position of “Practice Head”.
Before joining PROCESSIA France, Benjamin worked at Dassault Systèmes within the organization in charge of "Alliances with Partners" in the role of "Global Alliance Executive".

With close to two decades of experience in implementing PLM for auto, industrial equipment and high-tech manufacturers from Europe, Asia and North America, Bala is focused on successfully delivering end-to-end Product Lifecycle Management systems for our customers in the UK.

An engineer by education, Bala started his career in 1997 with TVS Sundram Fasteners Ltd, a leading auto-component manufacturer in India. To widen his horizon, he then did his MBA in General Management. Passionate in leveraging information technology for engineering, in 2001, he joined the then fledgling PLM practice of a consulting company as one of its founding consultants. Since then he has worked on more than 10 large PLM programmes as the lead consultant and project manager, across the world. In 2004, he initiated and led a joint software development project with MatrixOne inc, USA to design, develop and sell a solution to manage information exchange between engineering and manufacturing teams in organisations. In 2006, he moved to France to lead the PLM business of Tech Mahindra in Europe. Currently he is based out of Coventry, UK leading Processia’s business in the UK.

Omkar is a seasoned IT professional with more than 15 years of experience in managing IT business functions. He has got a diverse experience in domains like Software Development, Healthcare, Service and the Support industry. He has been accomplished with global certification as ITIL, Microsoft, VMWare, and not just limited to IT security compliance.

He has demonstrated his leadership by successfully carrying out the implementation of various system transformations while leading many subjects in parallel. His understanding of technologies and what is required for data security acts as a catalyst for Processia in integrating infrastructure and applications with the new Atos platform.
He has been instrumental in setting IT policies and governance requirements relating to business technology, particularly when it comes to risk and cybersecurity.

With more than 10 years of experience in B2B and B2C marketing, Élodie has worked for businesses in technology (IT), real estate and marketing/communication agencies including FX Innovation, SherWeb and DuProprio.

Fueled by strong intrapreneurship skills, she loves finding effective solutions to meet business challenges with a focus on increasing her organisations' awareness and growth on a national and international scale.

Highly organized, super creative and wholeheartedly invested in her work, Élodie knows how to collaborate and surround herself with the right people to create team synergies and move mountains! 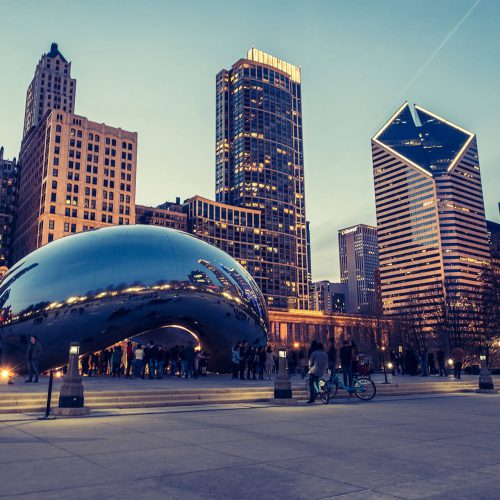 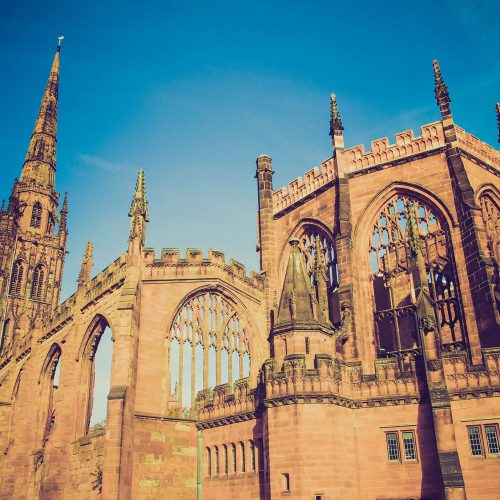 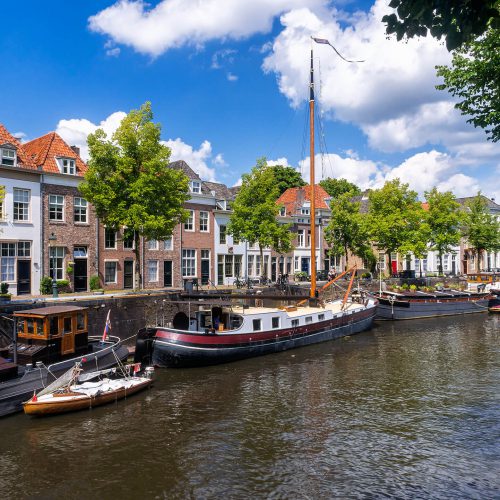 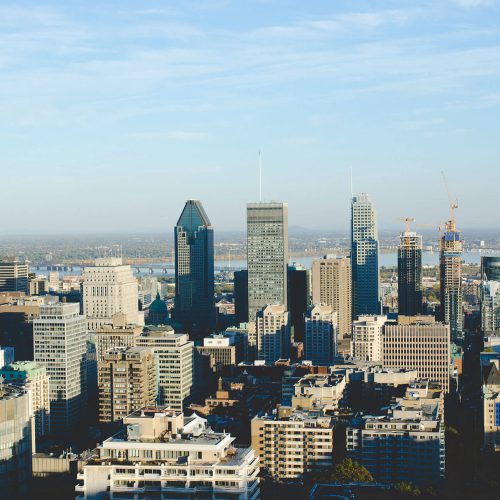 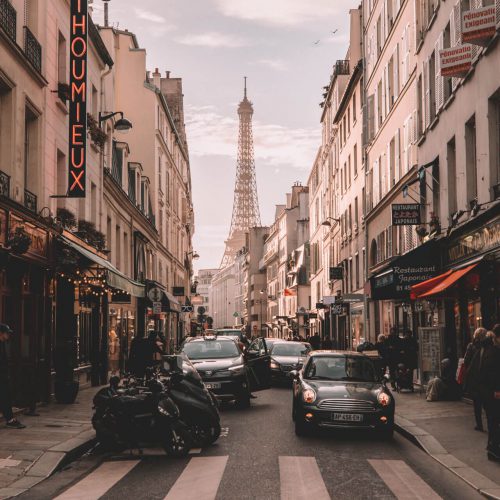 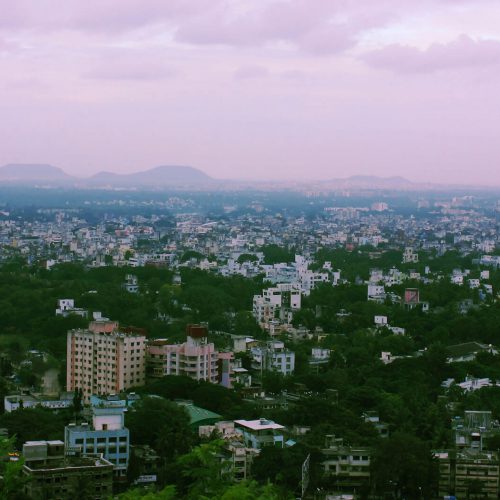 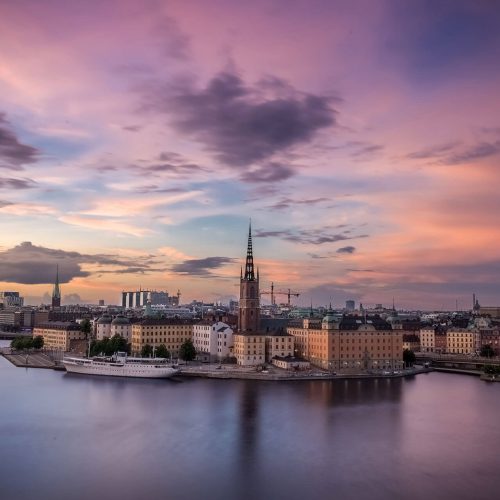 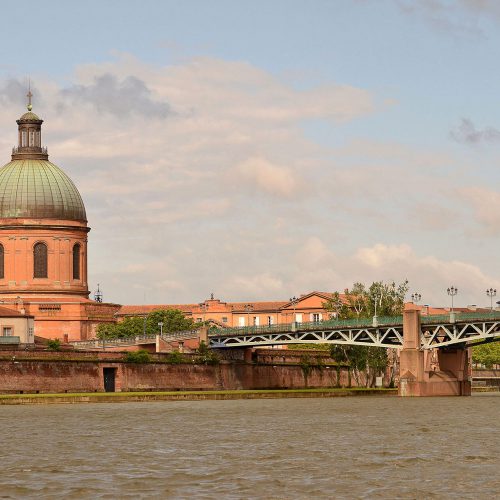